What is an instance?

These instances are calculated based on the admit date or the discharge date. The system defaults available are A0, D0, D180, and D360, but your company is not tied to these instances. You can always type in your own for each instance, or have BestNotes Support add the instances you would like to see as a static option on your drop-down (see Figure 1-1).

What is an IQ instance

What is a series? 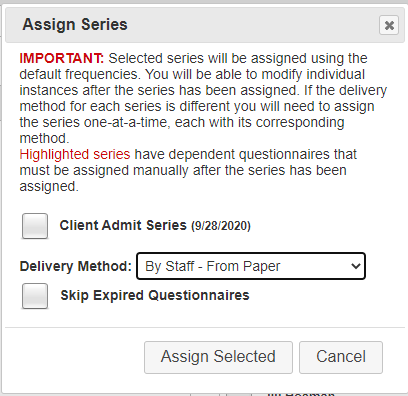 What are user groups in OutcomeTools?

User groups are tags on a client that categorize the contact for reporting and can be used to restrict access as users are set up with that particular user group (see Figure 1-6). 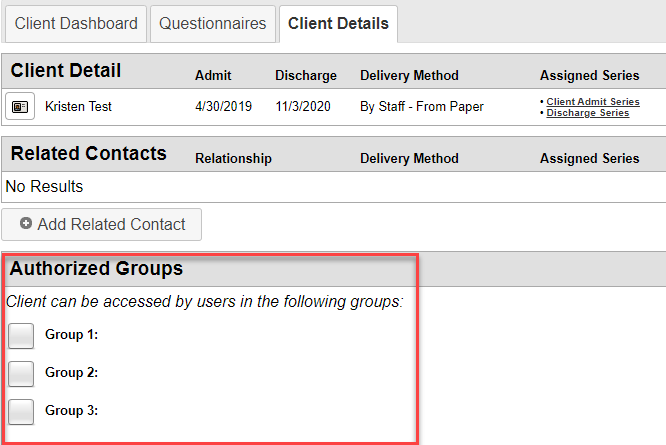 What does aggregate mean?

When data is aggregated on the "Average Scores" report, it is averaging all the clients who have taken the survey at each instance of time.

What is a clinical cutoff?

What is progress monitoring?

Back to top of page

Did you find it helpful? Yes No

Send feedback
Sorry we couldn't be helpful. Help us improve this article with your feedback.